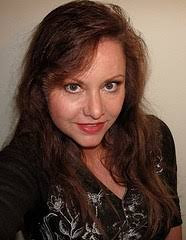 Cummins was born in Long Beach, California. The family soon after moved to Beverly Hills, California. She was raised by her grandmother Mary R. Cummins born Maria Rivera. Her grandmother was born in the Federal District of Mexico in 1899. Her grandfather is Robert Cummins who died in WWII. She has an older sister who is an actress named Juliette Cummins who is most well known for acting in horror movies.
She attended St. Victor's Catholic School then Beverly Hills Catholic School now called Good Shepherd Catholic School in Beverly Hills. She then attended El Rodeo public school in Beverly Hills for 7th and 8th grades and Beverly Hills High School. She later attended the University of Southern California on scholarship as a biology/psychology major. She was on the Dean's list in high school and college. Cummins also volunteered with her church, school, local hospital, YMCA, projects for the elderly and disabled.
Growing up she was on the Beverly Hills YMCA swim team with swimmer Dara Torres, Culver City Roadrunners Swim Team with swimmer Tiffany Cohen, Beverly Hills High School swim and water polo teams and University of Southern California swim team. She was a top ten AAU swimmer in the United States and completed the first precursor to the modern day triathlon. Cummins worked out with the Soviet Union swim coach Boris Zenov and Gold and Silver medalists Marina Yarchenia, Marina Koshevaya at the UCLA pool in 1976 as featured in the LA Times.

Bat World v Mary Cummins. In this case Cummins reported Amanda Lollar and Bat World Sanctuary to authorities for animal cruelty, violations of the Animal Welfare Act and other violations. As a result they lost their USDA permit. In retaliation Cummins was sued for defamation and breach of contract. Lollar also began stalking, cyberstalking and defaming Cummins. Cummins received a restraining order against Lollar. All but one claim was reversed on appeal. The Appeals Court confirmed that Lollar forged her exhibits and submitted perjured testimony which are crimes. Lollar is currently under investigation for prosecution. The case is ongoing.